It’s been a week since graduating from Kenyon, but honestly my brain still feels like a hamster caught in its little running wheel. WhaAaaAaat is happening? The finality of coming home still hasn’t hit, which might be due to the fact that I still have half a car to unload (oops) or that I’m leaving for Peru in three days.

Wait, what? This just happened!

Let’s back up. I really did do my best to try to find a “real” adult job after graduation–I sent out applications to entry-level positions and paid internships, and convinced myself that I wanted every single one of them. From advertising in Chicago to selling timeshares in Tennessee, to hotel operations in New Jersey, event coordinating in Massachusetts, and more, I applied wholeheartedly. I spent hours on resumes, cover letters, and personal statements, trying to strike that perfect intro sentence or concluding paragraph that would make the reader say “Yes!” out loud.

I received a couple polite, automated rejections, but mostly it was radio silence that told me that I’d dead-ended. Something weird happened, though. When talking with friends and family, I had to actively work to be disappointed that I hadn’t heard back from anywhere. It’s not that the prospect of graduating and going home to lie on the couch watching Property Brothers and The Voice for the rest of my life didn’t terrify me–it did. But I started to realize that part of the reason I wasn’t disappointed about not getting any of the jobs I’d applied for was because I hadn’t really, truly, wanted any of them in the first place.

So I backed off, let the dust settle. I focused on my senior project for my creative writing emphasis, realized I hated the idea, scrapped it, and started from ground zero (are you starting to see a pattern yet?).

Things started to look up. I had a lightbulb-moment during a free-writing session, and my new idea took off with me scrambling to record the story as my characters walked and talked and breathed life into the little town they were from. One night, I stopped working and purposefully opened the Google browser to look for writing jobs. I found an editorial internship that offered experience in a writing field I’d only dabbled in but could directly apply my English major to. Most tellingly, I was more excited about the prospect of this position (unpaid, mind you), than I had been about any of the others.

I didn’t hear back.

Not for a painfully long time, that is. I eventually heard back and was offered the position (!!!) but in that interim I had another burst of clarity: I was going to GRADUATE in a few weeks. I could DO THINGS after graduation, things that took time and energy, game changing things that I didn’t have as a student-athlete in college. 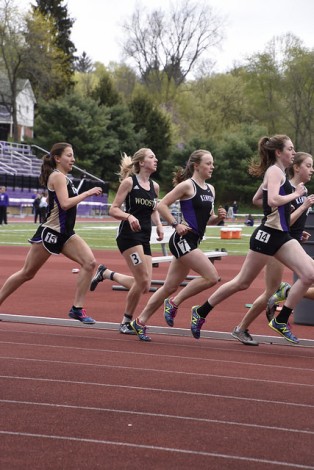 But I wouldn’t trade these moments for anything. Photo by Chris Hunt.

I’ve always loved to travel. I spent the spring of my junior year in Wellington, New Zealand, and came home with two resolutions: that I would go back, and that I’d take the time, when I had it, to travel meaningfully. When, oh when, will I ever have more time to take that time than after graduation?

The Wellington waterfront at night

The first and possibly only city to ever steal my heart. TBD.

I applied to volunteer as a lead teacher to Helping Overcome Obstacles Peru (HOOP), an organization I’ve had my eye on since stumbling across it my sophomore year of college (more on HOOP later). Suddenly, things began to click into place. I heard back about my editorial internship application and arranged to move to Charlottesville later this year to begin work with Ivy Publications. I booked my plane ticket to Arequipa, finished a draft of my creative project, and now have plans to expand the work into a novella and venture out into the realm of self-publishing by the end of this year.

Like a thesis, but with more *characters* (get it?!)

That’s where this blog comes in. I want my friends, family, and people I’ve never met to see where this road takes me. Maybe I’ll dead-end again, but maybe I won’t. Maybe the key to avoiding dead ends is recognizing when you’re heading down one.

One thought on “I graduated! Hooray?”

All Roads Lead to Write

All Roads Lead to Write

A gentle reminder that spring is coming and with it, inevitable change 🌱 . . . . . . #france #france_focus_on #topfrancephoto #toplyonphoto #lyonfrance #lyoncolors_official #fleurs #printemps
It's always the little things you miss the most... . In light of having to turn to ourselves in our most dire needs for company, I've been thinking a lot about what moves us to actually partake in hobbies. . Self care routines abound, but what about the routine of practicing a beloved hobby, something small and pleasurable that starts as something just for yourself before it becomes something for anyone else. Link in bio to my latest post about the importance of cultivating a hobby. #thoughts #Wednesday #hobbies #strasbourgeats #maisonnaegel
We'll partake in the pleasures of Paris again, someday. Bastille Day 2019 . . . . . . . #parisfrance #parisvibes #parissunset #parisphotography #pariscityvision
Memorable. . . . . . . . . . . #Strasbourg #strasbourgcity #instastrasbourg #strasbourgeoise
Took a spontaneous trip to Mulhouse today and was delighted with the decision. There's something magical and totally unique about the Christmas market here 😍 #visitmulhouse #visitalsace
I've been thinking a lot recently. About so many things, but no one thing in particular, if you know what I mean. I think it's natural around this time of year to take stock of your life, especially if you're living abroad. If I were back in the US, I'd probably be too caught up in the Thanksgiving-Black Friday-Christmas-New Year vortex to have time to think about much beyond the next family/friend gathering. Living in France though, it seems I have nothing but time to sit and parse through my finnicky moods. Part of my antsiness comes from knowing that I will be back in the US soon. While I'm excited to go back, I'm equally uninspired to summon the animation required to answer the exclamation/question "How's France?!" . Maybe I'll practice answering now: France is fine. It's wonderful and challenging and upsetting and inspiring in very unequal doses. I feel pushed to grow and loved every day. I feel excited and anxious for the future. Sometimes, I fantasize about moving back to the US and taking a job that automatically gives me the structure that is acutely missing some days. But when the fantasy turns into logistics and planning, the momentary interest evaporates, leaving me to ponder the meaning behind the things we think we want. #expatlife